Carrie is a senior policy analyst at Independent Women’s Forum, columnist and broadcaster in Washington, D.C. She earned a master’s in public policy from Harvard University and a B.A. in communications at Brigham Young University and completed a Fulbright fellowship in Berlin. 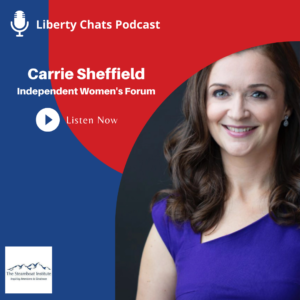 Carrie also researched for American Enterprise Institute scholar Edward Conard and served as Warren Brookes Journalism Fellow at Competitive Enterprise Institute. While serving as executive director for Generation Opportunity, a project of Americans For Prosperity, she spoke at the U.S. Senate alongside key senators in favor of landmark tax reforms passed by Congress in 2017.

She is regularly published in newspapers and can be seen speaking on Fox News!