We spoke with author and film producer Chris Fenton about the Coronavirus and propaganda surrounding out coming out of China. He is the author of “Feeding the Dragon: Inside the Trillion Dollar Dilemma Facing Hollywood, the NBA, & American Business.”

Fenton was a guest at The Steamboat Institute’s 10th Annual Freedom Conference in 2018 as co-producer of Chappaquiddick. He also hosts US Congressional member delegations on diplomatic missions to China focused on trade, media, and investment. 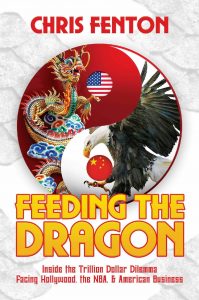 You can check out Fenton’s recent appearance on Tucker Carlson here: