Steamboat Institute Board Member Jean Sagouspe wrote an op-ed in The Wall Street Journal explaining how California’s misguided water policy has caused a regulatory-induced drought that continues amid the wet weather the state is currently experiencing.

Read the op-ed here or pasted below.

Heavy rain has put Northern California practically underwater, with reservoirs at capacity and dams spilling over. But the downpour won’t quench my parched farm farther south in the state’s San Joaquin Valley.

I own 1,800 acres of almonds and 835 acres of pistachios. But neither my farm nor the rest of the broader Central Valley—which provides about a quarter of the country’s food—can survive off groundwater alone. For decades we have received water from the federally managed Central Valley Project and its state counterpart. This series of canals and aqueducts moves water from the wet northern part of the state to the dry valley.

But a scorched-earth campaign by environmentalists has created a regulatory drought that exceeds anything mother nature has produced. A 1992 federal law, the Central Valley Project Improvement Act, diverted 1.5 million acre-feet of water—roughly a fifth of the total water delivery—annually to wildlife and green hobbyhorses. That ultimately means flushing it out into the ocean. “Basically, they’ve now legislated a permanent drought in the San Joaquin Valley,” Mark Borba, a cotton farmer, told the Los Angeles Times when the law passed. 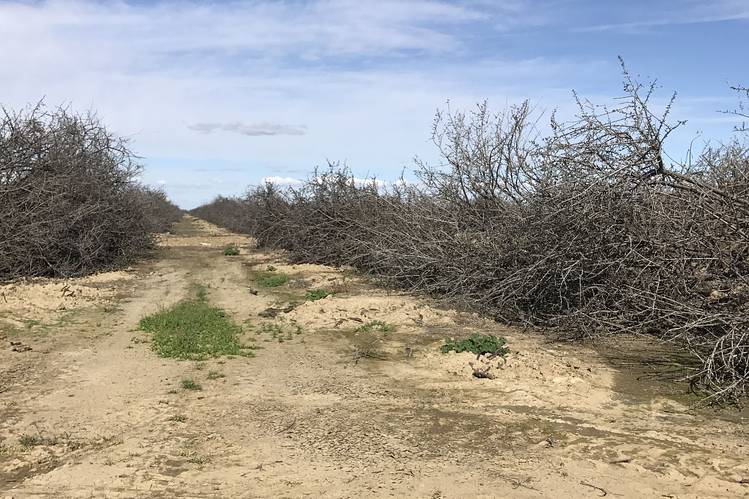 Subsequent lawsuits by environmental groups like the Natural Resources Defense Council have tightened restrictions even more. The San Joaquin River Restoration Program, the result of a 2006 settlement in a lawsuit over fish habitat, took away another some 225,000 acre-feet of water annually. Environmentalists have repeatedly sued the government for ostensibly violating the Endangered Species Act and failing to protect the delta smelt and other fish.

This has significantly curtailed water flows at two major pumping stations that serve the valley. As a result, more than 1.4 trillion gallons of water has drained out to sea since 2008. California also has fewer places to store water than it used to. Since 2000, dozens of dams in the state have been removed, according to a tally by the conservation group American Rivers, eliminating storage that could have helped harness floodwaters for crops.

This regulatory drought has real effects on people like me. Over the past three years I have been forced to kill over half my almond trees—more than 980 acres. This has caused me to lose more than $7 million in almond revenue, and it has eliminated about $10 million of my farm’s value. I’ve been forced to lay off 25% of the people who helped grow these crops. Some of these employees had worked with me for 20 years.

My story is typical. Across the Central Valley, hundreds of thousands of acres have turned fallow, tens of thousands of jobs have been lost, and billions of dollars of economic activity has evaporated. The Great Recession may be over, but unemployment in the valley is about double the national average.

Other farmers and I have increased our reliance on overdrafted groundwater in an effort to mitigate the damage. I alone have spent about $2 million since 2015 to dig new and deeper wells. But regulators are worried about the water table, and new state rules are set to take effect in 2020.

The kicker: Fish populations haven’t recovered and the smelt is on the verge of extinction. But the water supply may have less to do with this than the ammonia produced by Sacramento’s sewage and nonnative predators, like striped bass, which for some reason don’t make it into environmentalists’ crosshairs.

Perhaps saving the smelt is only a secondary goal. Two years ago Rep. Devin Nunes, who represents parts of the San Joaquin Valley, wrote about a meeting of environmental activists that he attended in 2002, before he was elected to Congress. “Their goal was to remove 1.3 million acres of farmland from production,” Mr. Nunes wrote. “They showed me maps that laid out their whole plan: From Merced all the way down to Bakersfield, and on the entire west side of the Valley as well as part of the east side, productive agriculture would end and the land would return to some ideal state of nature. I was stunned by the vicious audacity of their goal.”

President Trump can put an end to this madness. Last year Congress passed, and President Obama signed, a water infrastructure bill that gives the interior secretary more latitude to approve new dams and storage facilities. The Trump administration should make good use of this authority to sign off on projects that have been held up for decades by regulatory hurdles.

The alternative is more of California’s status quo: drought in a time of flooding, which is something only a bureaucrat could dream up.

Mr. Sagouspe is a farmer in the San Joaquin Valley and a board member of the Steamboat Institute.