Taking Our Country Back, One Woman At a Time 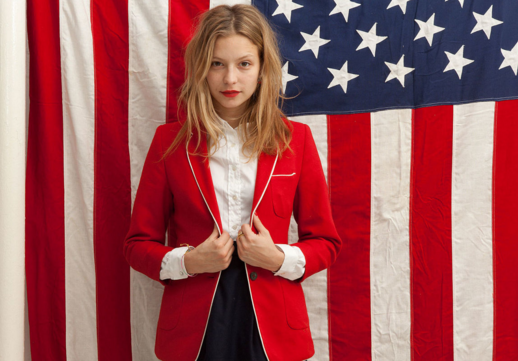 The Episcopal church left me, the Republican party has left me…I haven’t changed, but those two institutions have, radically. We have an alternative to the Episcopal church, and have joined a small Anglican congregation which meets in a borrowed church at an inconvenient time. Although I still mourn singing in the incredible choir, our friends, the beautiful physical plant, and everything else I adored about my beloved St. Mary’s, we have a liturgical service built on Biblical truths which hasn’t been watered down to suit liberal “evolving” tastes and the comfort of worshipping with others sharing our values and beliefs.

Unfortunately, there really isn’t an alternative to the GOP – which needs a good swift kick in the butt to wake up and see how those outside the beltway actually think. As of last year, we made a very conscious decision to not donate to any sort of GOP institution, only directly to those candidates/causes we deem sufficiently conservative…which has really whittled down our political donations!

We don’t have a single friend who hasn’t made that same sort of political calculation. If financial pressure and deprivation from large numbers of usually dependable donors doesn’t lead to a wake-up call and at least a modicum of self-reflection, frankly, I don’t know what will. People give where they see value, and the GOP has, for us, little value. (Note to Mr. Priebus: sending me letter after letter begging for money is NOT demonstrating value.)

Right now, my main issues are immigration and national security because if we don’t get those things right, nothing else matters. I would be happy with a President Cruz or a President Trump. I think those things will be addressed with either of them. Big bonus points for both: Neither of them is liked by the GOP!

As I wrote earlier, Trump has inspired all sorts of people to get involved who never have been inspired to get involved before. And I don’t write the word “inspired” lightly – people don’t want to vote against someone, they want to vote for someone, and Trump is widening the so-called tent. How could that be a bad thing?

The people I know (and trust) who know and have worked with Trump personally are impressed. And I don’t mean mildly, I mean really, truly impressed, telling me that I’m not seeing the Trump they know who is a master negotiator, someone has an ability to get things done when others couldn’t and someone who is able to maneuver around all sorts of obstacles to get things accomplished.

Yes, I’m one of those angry voters who can’t stand what is happening to our country. I am so mad that sometimes I can’t see straight. I can let it eat me from the inside out, I can vote and try and make a difference at a federal level, but here is where I personally can make a serious dent:

I can change things in Maine. In fact, all of us have the power to change things at the state level, and at the local and grass roots level.

We have 500 energetic and enthusiastic fiscally conservative women in the Informed Women’s Network up here who are working their tails off to do what they can to thwart those D’s (and some R’s it must be said) who are only too happy to spend our hard-earned tax dollars on their pet interests, buying votes by expanding welfare and Medicaid, rolling out the welcome mat for illegals and others who demand – not ask, demand – the best of everything Maine has to give them – always at the expense of truly needy Mainers. Maine is a “cheap date” so the Left starts most of their little shenanigans here.

Our brave and principled governor publicly credited us with making a difference in the last election – these women have a voice and they know how to use it…our logo is a megaphone! I’m not relaying this to toot our own horn. Rather, this is to remind you that you also carry your megaphone with you every time you speak. Instead of us getting our undies in a bunch every time something happens (and I’m speaking to myself here), we should remember what we can do.

Each of us on the front lines has women who look to us to inspire them, to get them out there, to find their voices, to come out of the conservative closet to influence their families and friends, to make a difference. Each of us is amazingly powerful and we should celebrate that!

We need to take our country back. And we should be doing it one state, one town, one woman at a time.