The Steamboat Institute’s Tony Blankley Fellow Saagar Enjeti, who hosts a a daily news show for The Hill, appeared on “Tucker Carlson Tonight” this week to discuss the media’s inaccurate coverage of protests and rioting in the wake of George Floyd’s death.

A few lines from the show:

“The media’s handling of this story from the beginning has been disgraceful. First they just openly cheered on rioting and looting — then they tried to blame it on Russians…

The cultural elites in this country want everyone to believe that America is an irredeemably racist nation from the beginning.

…It just as much of an injustice…to have selective application of the rule of law. That is not how you have a real country.”

You can also catch Saagar on The Joe Rogan Show this week! Saagar and his co-host, Krystal Ball, were in studio with Rogan and had a great discussion about a variety of issues: 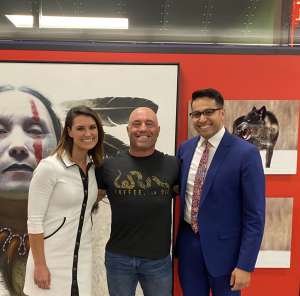