Recently, The Steamboat Institute marked its return to Steamboat Springs, Colorado, with The Nexus of U.S. Energy Policy, Climate Science, Freedom, and Prosperity Summit held at the Steamboat Grand hotel.  The event included speakers such as Alex Epstein, Bjorn Lomborg, Patrick Moore, and more.  Yet the brilliance of the Summit wasn’t just in its world-renowned speakers, but in its theme.

All the things we care about tie back to one simple question: Can you turn your lights on in the morning?

This weekend’s presenters didn’t seek to just speak about energy and climate in a vacuum.  Instead, they discussed how energy and climate policy must be viewed in tandem, and in light of how they directly impact individual freedom and personal and national prosperity.

Green energy may sound like “a must” to some, but what about its impact on developing nations?  What about the ability of those nations to pull themselves out of poverty?  Or their peoples’ ability to improve their lives and pursue their dreams?

The takeaway from The Steamboat Institute’s Summit was clear; you simply can’t think about energy and climate in isolation. 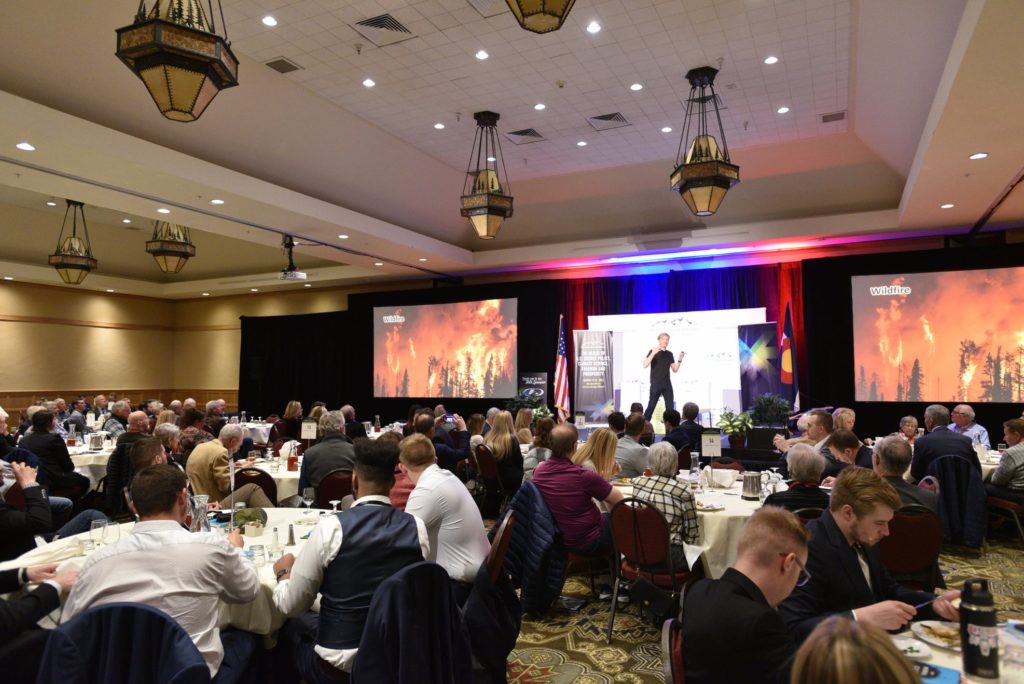 The event kicked off with a screening of Robert Bryce’s Juice: How Electricity Explains the World, which gave attendees the opportunity to see how important electricity is to daily life.  And exactly how difficult life can be without reliable access to affordable electricity, and energy generally.  It’s a point that the next day’s discussions would underscore.

During the Summit, from the day’s kickoff by Dr. Steven E. Koonin, former Undersecretary for Science, U.S. Department of Energy during the Obama Administration, to the keynote dinner speaker, Dr. Patrick Moore, Director of the CO2 Coalition and Founder and Past President of Greenpeace, nearly every speaker sought to broaden the audience’s consideration of how to look at energy and climate.  And how to have a real discussion about a very volatile topic.

Overall, the presentations covered two key topics: what is happening with climate and what, if anything, we should do about it.

The Summit also featured a debate between Alex Epstein, President and Founder of the Center for Industrial Progress, and Professor Andrew Dessler, the Reta A. Haynes Chair in Geosciences at Texas A&M University.  The debate was on the question of whether the United States should rapidly eliminate the use of fossil fuels.

Mr. Epstein made a moral case, arguing that the rapid elimination of fossil fuels would greatly endanger millions of lives and could result in death or harm to those people who rely on ready access to abundant, cheap fossil fuels to improve their daily condition.  Professor Dessler, on the other hand, argued that not only is renewable energy safer in the long run, but that renewables, such as wind and solar, are actually a cheaper form of energy.

Thankfully, The Steamboat Institute has made the debate publicly available on its YouTube channel for everyone to watch and to draw their own conclusions from.

In fact, each of the presentations made at the Summit are available on The Steamboat Institute’s channel.

These include Dr. Koonin’s opening address, entitled Unsettling Climate and Energy, as well as panel discussions featuring Aurelia Skipwith Giacometto, former Director of the U.S. Fish & Wildlife Service, and Chris Wright, CEO of Liberty Oilfield Services about Why an ‘All of the Above’ Energy Strategy is Essential for Freedom, Prosperity, and the Planet; and James Carafano, VP for National Security and Foreign Policy for the Heritage Foundation and Lakshman Guruswamy, Professor Emeritus with the University of Colorado Boulder on The Impact of Global Climate Accords on U.S. National Security and Yor Family’s Freedom and Finances.

Other high points of the event included Dr. Lomborg’s presentation focusing on the most measured, and beneficial, response to the issue of climate change, and Dr. Moore’s keynote address focusing on his book of the same name, Fake Invisible Catastrophes and Threats of Doom.

Overall, The Steamboat Institute’s return to Steamboat Springs was a resounding success.  Attendees from the general public, industry and policy groups, and schools across the nation spent any down time mingling and discussing these important issues with one another and event speakers.

One of The Steamboat Institute’s scholarship recipients, Ethan Warrick, an Energy & Land Management major at Colorado Mesa University, summed his, and likely many others’, experience up well: “I’ve never been in a place that has gone so in depth about climate change, and it’s just really interesting to hear everybody’s positions on it.”

While the event certainly left many wanting more, luckily The Steamboat Institute is already gearing up for its next event, the 14th Annual Freedom Conference and Festival held in Beaver Creek, Colorado, on August 26-27, 2022.  It is sure to be just as riveting and informative event as the Summit was.

Watch all of the Energy Summit videos here.

Cody J. Wisniewski (@TheWizardofLawz) is a member of The Steamboat Institute’s Emerging Leaders Council and the Director of Mountain States Legal Foundation’s Center to Keep and Bear Arms. He primarily litigates and writes on Second Amendment issues but is happy so long as he is reminding the government of its enumerated powers and constitutional restrictions.